Hit enter to search or ESC to close
Congressional Support

The club offers some of the finest sporting clays courses in Ohio. The morning was bright and crisp conditions, nearly perfect for a pheasant hunt. Even at the end of February the fields had plenty of cover for the pheasants. The pheasants were strong and flew quickly requiring some fine shooting.  Everyone agreed that the weather, the birds and the dogs combined to make an outstanding pheasant hunt. Back at the clubhouse it was time to discuss the issues.

Senator Portman opened the roundtable discussion with an update on Lake Erie. The Senator said, “I want to address what is going on with Lake Erie algae blooms. We’ve focused a lot on that in the last six years. There are at least four different bills including the Clean Water Bill. One is requiring the federal agencies, including NOAA, to come create a report, which is due in September, on the algae blooms. We’ve made progress in the last four years including setting the 40% reduction of nitrogen and phosphorous levels. I’ve worked with the farm bureau to take the lead on conservation. Most farmers in the critical Maumee Basin are doing conservation efforts.”

He continued addressing the invasive species concerns, “I am now the co-chair of the Great Lakes Task Force. We are going to be more aggressive with the US Army Corps on invasive species. We need to address how to keep the carp out. There are issues with the Chicago River and environmental DNA has been discovered in the lake. We need to ensure the Army Corps is doing everything possible with the latest technology. We’ve spent some money on the issue and are willing to spend more. The Army Corps needs provide the best technology. The issues scares me because the carp keep moving closer.”

The next question raised addressed concerns about the Great Lakes Restoration issues. Portman responded, “We did get the full funding and exceeded the request in the Obama Budget. We got the authorization and the appropriation. This is doing a lot of good work. We want to get it used properly. The Great Lakes Fish and Wildlife Restoration Act would not have happened without sportsmen support.”

Finally the micro-bead issue and legislation was addressed. Lake Erie around Cleveland has some of the highest concentration of micro-beads. Portman noted, “We worked with industry and environmentalists, who wanted more restrictions. The micro-beads are getting phased out. This is a good example of working in a bi-partisan effort to make the necessary changes.”

There are a number of wide-ranging environmental and conservation issues facing Ohio and our nation. One is the Stream Protection rule which has been widely reported recently. There are water quality concerns in southeastern Ohio coal mines. The Senator reported, “The rewrite doesn’t impact the main rule which was put into place in 1983. It is usually referred to as the Stream Buffer Rule. I’ve been down in the coal mines to understand what was being considered. The coal people argued that coal reserves as far down as 600 feet would become off limits. On the surface is drainage whether you call it a creek or maybe just a wet spot during spring rains. I think it was an over reach. The courts had stopped it for review so the rule was not yet implemented. The Trump Administration put this out under the Congressional Review Act and it was repealed.”

OCF Policy Director Steve Gray addressed the public land access issue saying, “Ohio ranks very low in public land for hunting, fishing and trapping. Any time we can keep public land open in Ohio it is critical, The federal level faces  moves to return land to the states, privatize land or sell it. We need your help to keep the public lands public.”

Senator Portman responded, “I am on the Energy and Natural Resources Committee and taken a lead on parks. Ohio doesn’t have as many parks as other states. It is an interesting opportunity to talk about the issues from a different perspective. Last December we did pass the National Parks Centennial Act. It helps establish better boundaries and funding for the parks through public and private foundation grant program. Parks are underfunded for infrastructure. The maintenance backlog may be $12 billion. We took a pretty good chunk out of that with this legislation. It is value for the taxpayer. The Sportsman Act, which I am a cosponsor, opens up more land to hunting, fishing and trapping.”

The next item on the roundtable agenda was the farm bill.  Portman explained, “We are back to another farm bill already. In the Senate, so far so good. The farm bill includes some important money for the Great Lakes. A lot of funding for the 40% reduction in nitrogen and phosphorous, came from the last farm bill. I will be focused a lot on ensuring this is in the new bill. Agriculture and conservation is important for Ohio” Gray added, “The Conservation Reserve Program within the farm bill is a winner for both sides. It is good for farms and farming and tremendously good for conservation. There are a lot of key provisions.”

Scott Paschke, Ducks Unlimited Regional Director, asked, “The North American Wetland Conservation Act (NAWCA) has been a incredible program. There is currently a letter circulating for appropriations for that program.  Its critical for the Great Lakes and wetlands.”

Gray explained the impact, “The federal duck stamp money, state wetlands stamp money and the DU money all go into this so the money is leveraged several times. One dollar from the act may increase to $4 before it is spent. The leverage aspect is great but it all starts with the seed  money of NAWCA. When you buy a duck state to hunt in Ohio, 40% of that money goes to a project in Canada for breeding grounds. Ohio has been doing this since 1965. NAWCA is an improvement on that. Northern Ohio has a tremendous benefit from this along Magee Marsh, Ottawa National Wildlife Refuge and others across the northern part of Ohio.”

Pete  Novotny (ODNR Division of Wildlife District 3 Manager) asked about shooting ranges saying, “We need to extend the planning cycle from a three year to five year cycle. We need more ranges and the ability to build better ranges to service the shooters and attract new shooters. There are a couple of possible avenues to help with range development. The Pittman-Robertson Act requires a 25% match from the state but perhaps that could be a 10% match. Ranges take a long time to be built so there is a real need for the five-year cycle.”

Gray noted, “There is a real need for people to shoot in Ohio. It’s a real challenge for those living in cities and suburbs. It’s a great luxury that the Pittman-Robertson funds have grown so much with the sales of guns, ammo and archery equipment. The P-R law requires a percentage to be spent on ranges. Shooting ranges are an opportunity to expand the private and public partnership. That has been done at the Cardinal Center complex. It is a public range operated by a private entity. There is a nominal fee but there are no memberships so it is open to the public.

Buckeye Firearms Association expressed concerns about the future of the CMP and NRA National Matches in Ohio at Camp Perry. Some matches have been moved to Indiana. Additionally the CMP has a new modern shooting complex outside Talladega. There is a need to address facilities at Camp Perry to ensure Ohio doesn’t lose these important matches. Ohio cannot afford to let these slip away like the ATA Grand American Trapshoot. Portman assured the group that he will look into the range development, P-R and Camp Perry concerns.

Portman  concluded the meeting, “It is great to be with you. This is an ongoing dialog. I am a hunter and fisherman. Looking past my role as Senator, I am a citizen. Ohio is blessed with a really good sportsmen groups. I don’t know any state that has a stronger base. Let us be a better partner with you. The Lake Erie Charter Boat Association has been not been shy talking about Lake Erie. That is a reason I’ve taken a lead on Lake Erie issues in the Senate. You keep us informed and involved. Anyone with input regarding Lake Erie and other issues, get in touch with our office. Please do not hesitate to contact us.” 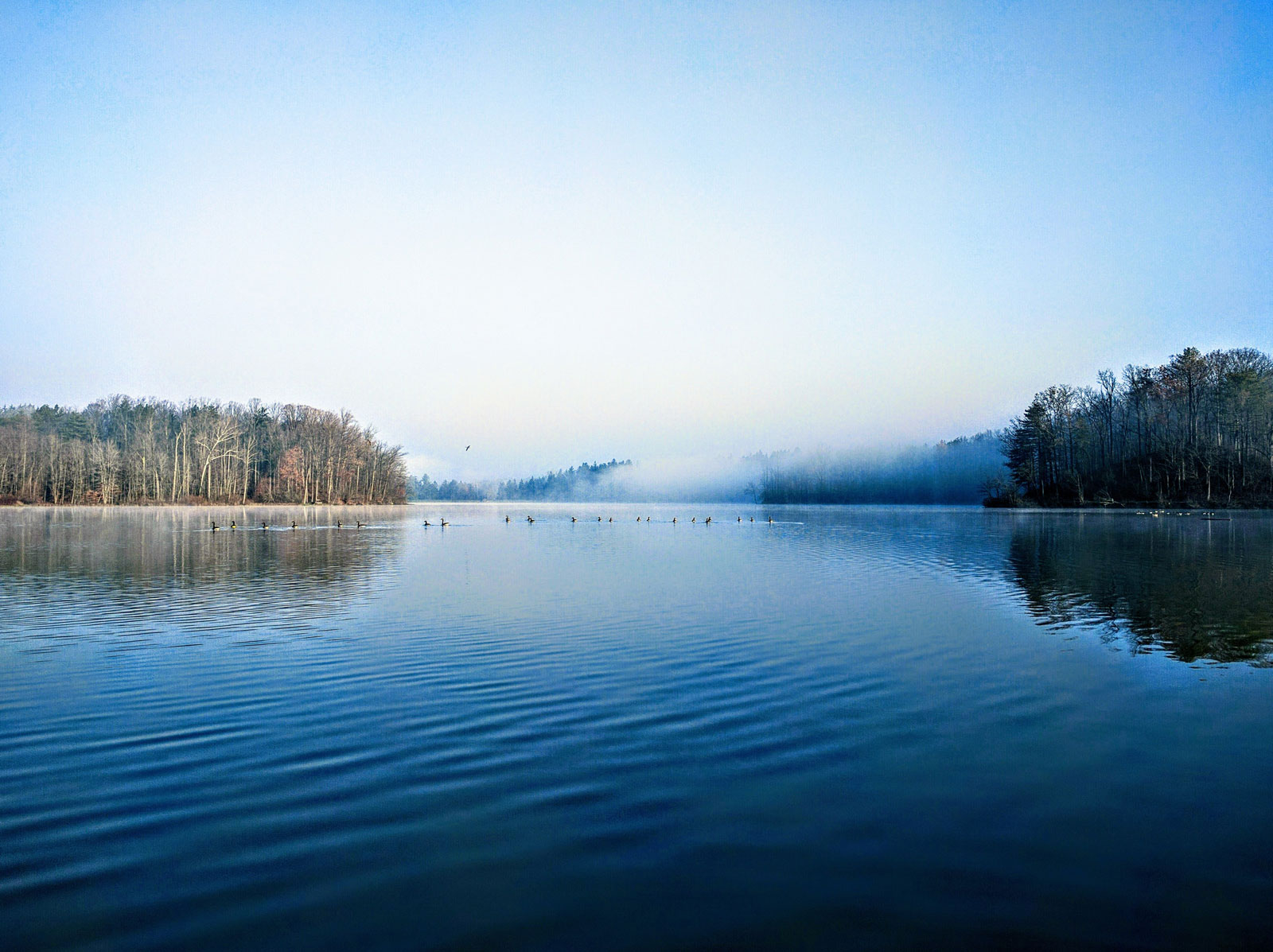