The Recovering America’s Wildlife Act is closer to reality than ever after a bipartisan companion Senate version was reintroduced in July by Sens. Kirk Heinrich (D-NM) and Roy Blunt (R-MO). This is the most important wildlife conservation legislation since the 1937 Pittman-Robertson Act, directing funds to state and tribal wildlife agencies to recover species of greatest conservation need before they need Endangered Species Act protections. In Ohio, it would mean an additional $20.6 million annually in wildlife conservation funding.

The Senate bill, S.2372, complements the House of Representatives version reintroduced by Rep. Debbie Dingell (D-MI) and Jeff Fortenberry (R-NE) in April. More than one-third of wildlife species are listed as “species of greatest conservation need,” at increased risk for extinction, extirpation, or being designated as endangered in state wildlife action plans. The idea to inject sorely-needed funding – more than $1.4 billion – into those plans through the Wildlife Conservation Restoration Program emerged from a 2015 Blue Ribbon Committee which included Johnny Morris of Bass Pro Shops, Jeff Crane of the Congressional Sportsmen’s Alliance, and Collin O’Mara of the National Wildlife Federation.

“America’s wildlife are in crisis. One-third of all species in the country currently face a heightened risk of extinction. This bill represents a bold, bipartisan vision for how we can recover wildlife and create jobs in every state across the nation,” said Collin O’Mara, president and CEO of the National Wildlife Federation. “There is important work just waiting to be done restoring habitat, removing invasive species, stopping wildlife diseases, reducing water pollution, and mitigating the harm from climate change. This bill will put people to work today protecting our wildlife heritage for tomorrow.”

In Ohio, that work includes the specific actions detailed in the Ohio Department of Natural Resources 2015-2025 Wildlife Action Plan. Along with listing the state’s species of greatest conservation need, it lists strategies for recovering those species and keeping them off the endangered species list. Ohio would receive an estimated $20.6 million annually through the Recovering America’s Wildlife Act for wildlife conservation activities for species like Lake sturgeon, monarch butterfly, and even game species like American woodcock and bobwhite quail.

These plans have been chronically underfunded nationally, as unlike most game species they haven’t received the same level of attention and funding as species funded through hunter/angler license and equipment excise dollars through the Pittman-Robertson and Dingell-Johnson Acts. A consistent refrain from the hunting community has been that all citizens – not just hunters – need to shoulder more of the share of wildlife conservation funding; the Recovering America’s Wildlife Act is the mechanism to do that. An injection of $20.6 million annually into those Ohio’s state plans would be the biggest wildlife conservation boost since the Pittman-Robertson Act. For reference, Ohio received $19.7 million from Sportfish Restoration Grants (Dingell-Johnson Fund) and Wildlife Restoration Grants (Pittman-Robertson Fund) in FY2020 combined.

With versions of the Recovering America’s Wildlife Act now introduced in both the Senate and the House of Representatives, it has a real chance of being included in larger legislative packages to finally pass after being introduced, garnering significant bipartisan co-sponsorship, but failing to receive final votes in the two previous congressional sessions. Whether it passes in this Congress depends on the level of bipartisan support it receives, exhibited by cosponsors from both parties. As an individual hunter and angler, you can help it pass by encouraging your member of Congress and U.S. Senator to co-sponsor the Recovering America’s Wildlife Act.

Amidst all the partisanship of recent years, conservation has been the rare bright spot of bipartisan unity in Congress. In 2019, a divided Congress passed the John D. Dingell Conservation, Management, and Recreation Act to permanently reauthorize the Land and Water Conservation Fund. In 2020, a divided Congress passed the Great American Outdoors Act to permanently fund the Land and Water Conservation Fund. The Recovering American’s Wildlife Act can continue this trend and secure our generation’s contribution to our wildlife’s future, just as previous generations added their contribution through the Pittman-Robertson Act.

That would be a legacy worth leaving.

The National Wildlife Federation is America’s largest conservation organization uniting all Americans to ensure wildlife thrive in a rapidly-changing world. 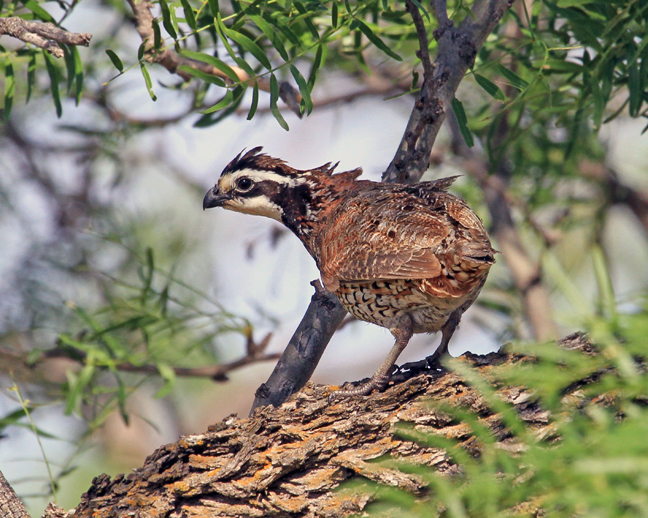